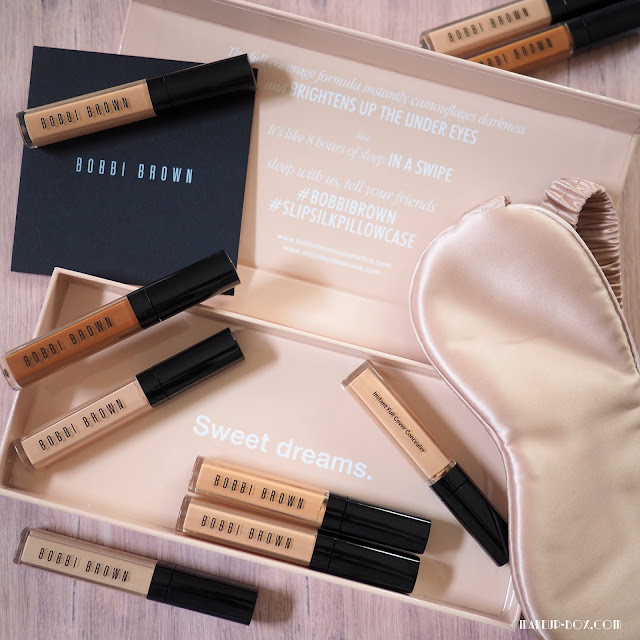 It's the middle of the work week, and many of us are probably feeling a little sleep-deprived. Cue Bobbi Brown's new Instant Full Cover Concealer (S$52), which they describe as "8 hours of sleep in a swipe".

For night owls like me who can never bear to go to bed early, this sounds like a god-send.

When I saw the tubes my first thought was - this is Bobbi Brown's answer to the NARS Radiant Creamy Concealer. But the textures are pretty different. Radiant Creamy Concealer is a bit more mousse-y and has a demi-matte finish. Instant Full Cover Concealer has a certain tackiness to it (not in a bad way) which reminds me more of It Cosmetics Bye Bye Undereye Concealer or Tarte's Maracuja Creaseless Concealer. It has a lot of coverage but sort of melts into the skin, leaving a film of pigment on the surface as you blend; not much texture on the surface. 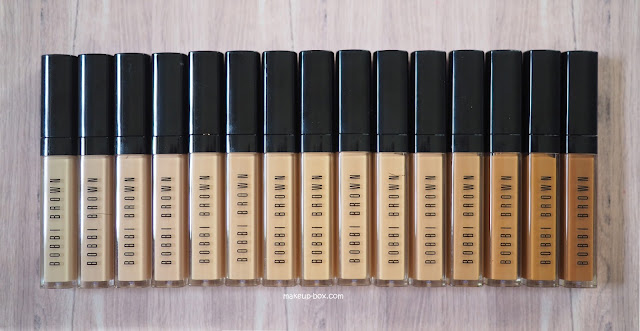 Wayne Goss mentioned recently on Youtube that this requires no setting powder, and I think this texture is the reason why. In my limited experience (I've worn it off and on about 4 times in the past week) this will still crease a little and settle into expression lines still, but that's quite minimal.

The coverage goes on full but sheers out as you blend. I personally prefer using my fingers as the heat allows the product to better meld into skin. The thicker texture also means you may need a bit more time to pat it in with a brush or sponge, although you obviously still can. Try Bobbi Brown's Full Coverage Touch Up Brush. 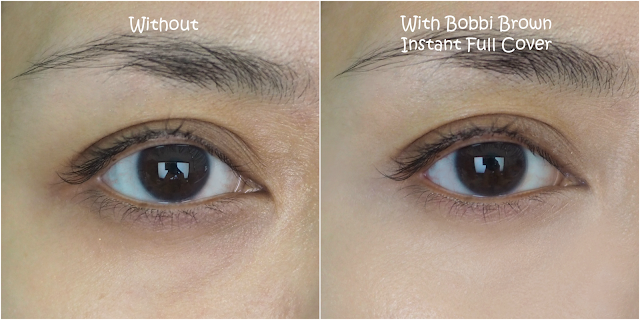 I find this to have just slightly more coverage than MAC Pro Longwear concealer, and it does neutralize deep bruised undertones around the eye pretty well, provided you don't go too light with your shade selection. Remember that you need a tone closer to your skin color (not lighter) to color-correct because paler concealers won't have enough warm pigments to counteract dark purple-brown discolorations.

If you want to be "extra" like me, you can get 2 shades; one to neutralize discolorations, one to brighten and lift sunken areas after that.

Do note that the concealer will blend out just slightly deeper than these concentrated swatches because they will sheer out a bit.

I use a mix of Sand for color-correction around the entire eye area, and Warm Ivory to lift the darkest sunken areas under and around my eyes. Sand is a pretty good match for my MAC NC20 Pro Longwear Concealer and Maybelline Instant Age Rewind in Light/Pale, while Warm Ivory has less pink undertones than NW20, but is very close.

I personally don't use this for marks and blemishes around the rest of my face however. Simply because I prefer formulas that will mask skin texture and "lock on" for general face concealing.

I do still set it with a little loose powder, not to prevent creasing but just to maintain the coverage for a longer time. It does fade a little in the inner corners of my eyes as the day goes on, like all other undereye concealers I've used, but I don't see as much creasing as most.

Aside from the cost, my small con is the fact that these don't seem to build up to full-full opacity. The texture is thick and creamy so as you build, you continually blend a little off as well. Not that most of us need to obliterate our under-eye area.

Have you given these a try, and if so what do you think?
Posted by CandiceC at 4:13 PM