A very “noir” look focusing on glossy dark lips that works on any skintone! There are a few tips to wearing monochromatic looks like this. Trust me when I say this is one of the most intense - AND the quickest - smoky eye looks ever. In fact it’s slightly slapdash, and you can swop out the brown shadow for pretty much any color you want as long as it’s not pale.

The trick is not to cover the entire black base with shadow, but to leave just a bit at the lash line so there’s a natural gradation from black to brown as you smoke the shadow outwards.
The star here is the rich brown duochrome shadow, Volga. This MAC Club lookalike is less red-toned, so if Club makes you look like someone’s socked you in the eye while you were partying, this is a fantastic alternative. P.S. On nails, I am wearing Erik from Make Up Store, a blackened-green creme that looks like Japanese kombu (dried seaweed).


Not everyone’s into a smoky eye or red lips and winged liner. If you prefer the subtle enhancement of a low maintenance “girl-next-door” look that will last the night, this one’s for you! Products: everything in the kit except for the concealer, lip liner and lipbalm. 
Polished skin was a big thing for pinups and it’s no different here. I used a dewy finish foundation and a radiant setting powder so there would be a soft-focus glow. Here are a few tips: Products used:
Posted by Unknown at 1:10 AM 5 comments:

This look works like the classic smoky eye, with
The rest of the face is very monochromatic, with nude tones on the cheeks and lips, topped with a little warm gold-toned sheen. 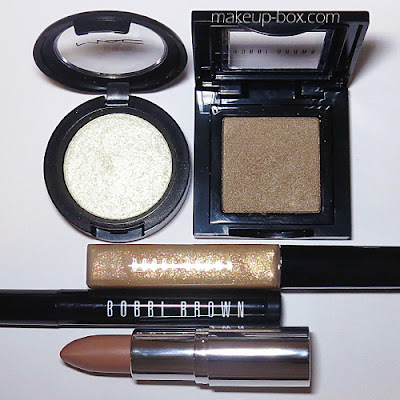 Very into smoky neutrals right now, and it’s great for the holiday season because they’re flattering for everyone, go with most outfits and are a quick way to add some glamour to the face. 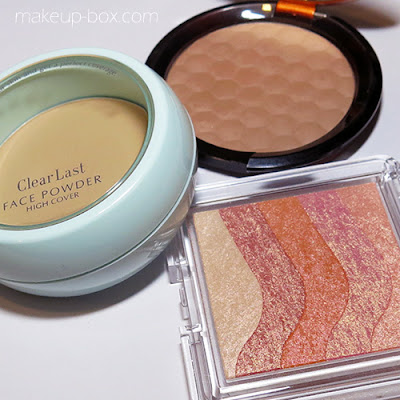 Maybelline Pure.Eraser Mineral Foundation OC2
The Body Shop Concealer Pencil 02
ClearLast Face Powder in Medicated Ochre (this is a range of pressed powders in different finishes by Mandom Japan that I love, love, love for setting makeup because they give additional coverage and don’t grab and darken over concealer, and also never look too matte or cakey).
The Body Shop Bronzing Powder in Light Matte 01 (for contouring)
The Body Shop Shimmer Waves in Coral for a soft sheen and a trace of warm color

P.S. sorry for the duplicate image in the pictorial image below!

Instead of a typical pencil, use a soft black kajal or an intense black cream shadow stick like Bobbi Brown’s Long Wear Cream Shadow Stick (these are easier to smoke out)
Bobbi Brown Metallic Eye Shadow in 9 Burnt Sugar (or any caramel-toned brown that isn’t too shimmery)
MAC Pressed Pigment in Flicker (or Lustre shadow in Retrospeck) patted on with damp fingers for precise sparkle
Clinique High Impact Mascara in Black

When we first saw the anime-inspired Pink/Black-split collection from Shu Uemura's 6 Heart Princess collaboration with artist Takashi Murakami, it was a natural to start thinking of doing pink vs black princess looks.

I've done just that, and you can choose for yourself which suits you more! (Or just go for both since the collection celebrates the duality in all women anyway. Full swatches and close-ups of the limited edition collection, including 5 lip and cheek creams and 2 pairs of premium lashes, are available here!

The Black Princess look isn't as dramatic as it should be, because I used Katy Perry Ka-Pow lashes instead of the jeweled, feathered, cobweb-like premium set from the collection. (They were too large to fit my eyes, and I wasn't about to cut up $125/pair lashes.)

This post will be updated with a link to the full Black Princess makeup tutorial shortly!
Posted by Unknown at 2:10 AM 6 comments: 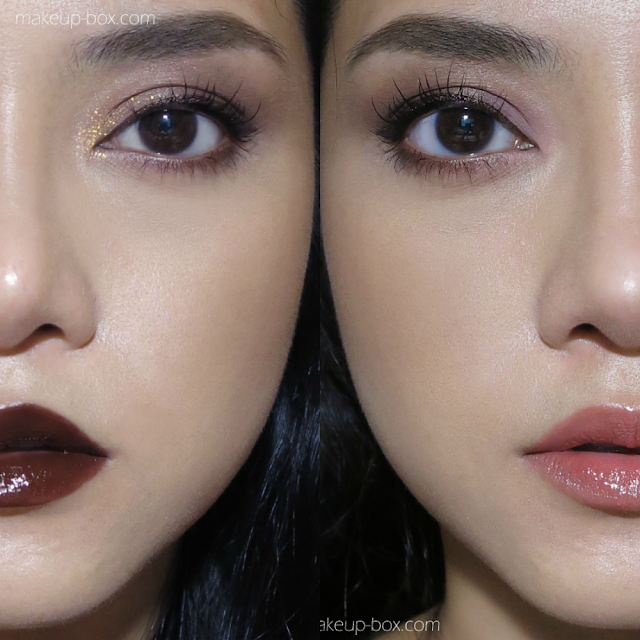 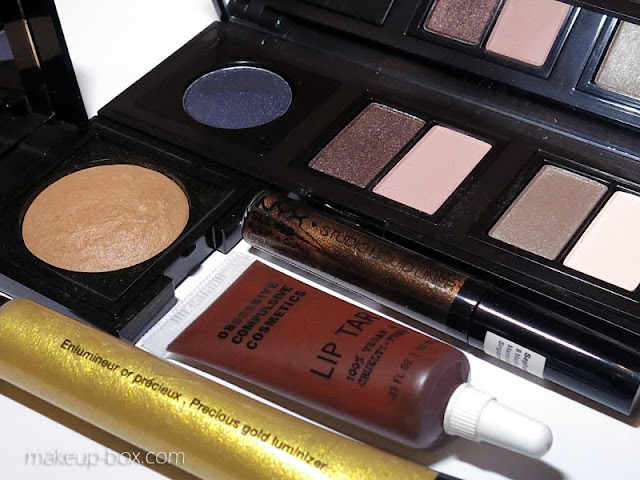 
For the day look, just skip the gold sparkles and the dark lips! I used 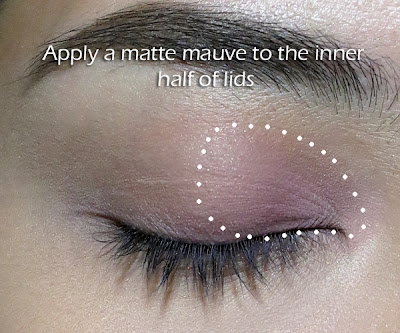 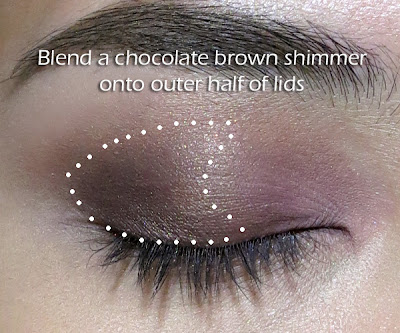 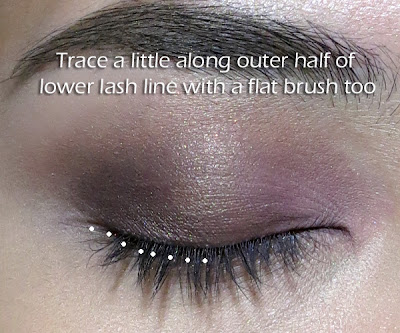 My Hoard of Golden Beauty Treasures!

Here are some of the golden things I love. Sadly, a couple of them are limited edition and no longer available (although we can cross our fingers they'll be re-released).


Dior J'adore Essence de Parfum
At the risk of sounding cheesy, this is liquid gold in a bottle. We keep complaining about Dior reformulating its classic scents with cheaper synthetics, but this particular version went the other way. Made from expensive natural Rose and Jasmine absolutes harvested from fields reserved just for Dior, and blended with real Tuberose and a touch of Tahitian Vanilla to lend a bit of oomph (don't worry, it doesn't smell like dessert), this is a more linear/simple but drop-dead gorgeous flanker of the original J'adore.

The slimmer, smaller, hand-crafted signature bottle with the long neck is just a pleasure to look at as well.


Lierac Huile Sensorielle aux 3 Fleurs
If you're traveling to or living in some place dry, you probably appreciate the wonders of rubbing a silky oil into your skin and hair.

Lierac's Huile Sensorielle is less well-known as Nuxe's equivalent, but I love it for the delicate blend of fragrant white flowers (camellia, jasmine and gardenia) with argan, sweet almond, grape seed, and hazelnut oils. It's light but nourishing, and just lovely and subtle to smell on your skin and hair.

Just be careful to store it away from light and heat, as it is all-natural and can go rancid.

Guerlain Ombre Eclat
Well, this is the only item that is here just because of the packaging. That's not to say Guerlain eyeshadows aren't some of the most impressive on the market. But if you're looking to treat someone - or yourself - this holiday season, a richly-pigmented shadow in a beautiful gold compact, sheathed in its own suede sleeve, is one of those little luxuries that feels special to own precisely because you wouldn't buy it under normal circumstances.

Guerlain Sun In The City (Limited)
One of my favorite cream shadows in the world - bar none - Vision is just made up of gold flecks, so you look like you're wearing a wash of gold dust on the lids. There's no other color in the base. Just Tinkerbell dust that won't fall off onto your cheeks.

The bad news is it's limited edition and no longer available, but here's a cheap alternative!

Sephora's Precious Gold Luminizer costs a humble US$10 but it's SO fun. It's similar to Vision, but the proportion of darker gold flecks is higher than in the Chanel. Honestly though, on the lid, most people won't be able to tell the difference.


I like to dab this onto the inner corners of my eyes, or the center of my lid on top of a neutral/matte eyeshadow look. It can be worn as a wash across the lids, but doesn't go on as evenly as the Chanel, since it's a gel, so it doesn't build up very easily. Still, for the price, who's complaining?!

Lime Crime Uniliner in Rhyme
Rhyme isn't a typical metallic liquid liner. It's made up of ultra fine gold flecks, so if you sheer it out, it almost looks like a sparkly gold shadow. It's fantastic as a holiday liner, and I've also used it many times dabbed on the center of the lids over other shadows.

From looking at the classically-structured Balmain glass bottle alone, you might not guess this is a sporty, fresh and almost girly fragrance. (In fact, I couldn't resist doing some “antique” photo effects with that beautifully-simple bottle.)

Here's the official visual.
Scent wise, it’s quite minimalist but incredibly easy to like. Actually, on first sniff, it brings to mind not one - not two - but several “pink” colored perfumes.

Scent Breakdown:
It starts out fresh and juicy, then blooms into a clean white floral, before a very green/minty base.
I smell predominantly mouthwateringly tart red currants and a shower-fresh magnolia. It invites people to take deep breaths on warm days. (I would love my shampoo to smell like this.)

Then it slowly warms up and becomes more unique as the osmanthus comes in, a floral note I adore and think should get a bit more airtime among perfume lovers. For those living outside of east Asia, osmanthus is a flower with a beautiful fragrance that’s (to me) somewhere between honey and tea. In fact, it’s often candied in syrups, and used in sweet herbal teas and desserts, the way violets are used in Europe.

If you don’t like the sometimes sharp and musky scent patchouli has, don’t worry. It’s very soft in Eau d’Ivoire. In light doses, it smells just fresh and minty. Here, it combines with the herbal buzz of ambrette seed just to add a little texture so the fragrance doesn’t just smell completely like expensive shampoo.
Sounds weird but smelling Eau d’Ivoire makes me salivate. I think of fresh, ice-cold lemon tea on a warm day. It has the tart, refreshing fruitiness, the delicately sweet body, and the slight after-bite of good strong tea.

One minor gripe:
The white neck isn’t stuck on tight and often swings out of alignment. Not a big deal but an annoyance for OCD people. Still, I can hardly complain because Balmain is one of the more affordably priced and accessible fragrance lines by a design house.

Pricing and Availability:
Balmain Eau d’Ivoire is available from SGD65 in Singapore exclusively at Metro department stores until end-Oct, after which it will be available at Tangs and Robinsons.

£46 from House of Fraser, Seldridges, or Escentual.com , from AUD65 from Myer. Unfortunately, it’s quite a bit harder to locate in continental USA and Canada. I’ve seen a single bottle on Amazon from a German perfume outlet, and none on eBay so far. (If you’re really dying to try it, you can email luckyscent.com to see if they might be able to bring in some since they stock another classic from Balmain, Ambre Gris.)

My Lash Routine: A Few Simple Tips to Maximize your Lashes!

If you want super long and well-curled lashes, you have 3 options.

The first thing to remember is that it’s not just about what mascara you use. If you have very stubborn lashes (thick hair shaft) that straighten quickly, then you'll do better with waterproof formulas which are stiffer. If your lash shafts are medium-thickness like mine and aren't too hard to curl, regular mascara will work fine.

Optional step: You can go ahead and apply a lash base at this point. It definitely does beef up the lashes, but also can make them look clumpier and more obviously unnatural. You can go with the fiber formulas like the one from Make Up For Ever) or the subtler bases (like ones from Lancome or good ol' Ardell Lash/Brow Growth Accelerator).

Tip: One trick is to quickly get your mascara on before the lash base dries completely. This way you get nice natural-looking tapered tips instead of odd bent "burnt-twigs". So do one eye at a time.


This melts the mascara, removing clumps, and curls your lash at the same time. Then once you remove the curler, the cool air hits your melted mascara, which goes through a quick-cool process and becomes stiffer than it usually is, which helps it to hold curl even as your lash. The more stubborn your lashes, the longer you should hold it, but don't overdo it and singe your lashes off. 5-10 seconds per section should be sufficient.

Note: the absolute best lash heater I've tried is New Eycurl II, which is a China-manufactured lash heater from Sasa outlets in Singapore (it might be in Sasa in other countries as well but I haven't checked!), which is hotter than most lash heaters - and very affordable at under S$16. Regular ones still work; just not as fast. 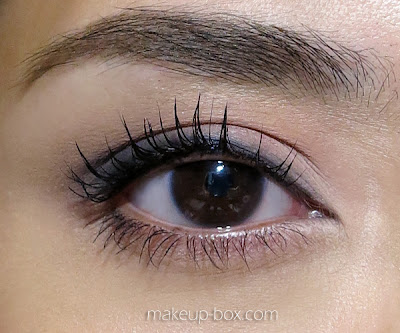