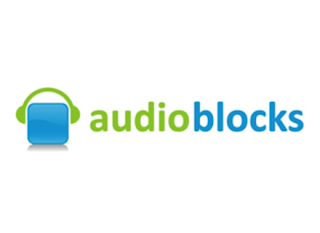 To any budding content creators looking to find a subscription for license-free music to use in your projects, AVOID Audioblocks.

Speaking as someone who used an Audioblocks subscription for a couple of years, first for license-free images on Storyblocks, and then later for sound effects, and eventually music that I intended to use for my videos when I started creating content on Youtube.

First off, the subscription is pretty misleading. You get "access" to a large library of music files but you're not actually cleared to use the files without paying for a separate "indemnity license" which I only learnt about almost a year after I started Youtube. Very sneaky. I was getting non-stop copyright claim after copyright claim, and demonetization notices, months after I put videos up.


If you consider the fact that the annual subscription is not really cheaper than platforms like Artlist and Epidemic Sound, and the fact that the current Artlist subscription covers usage forever after you download tracks for use, there's zero reason to be paying almost double for something like Audioblocks. Frankly, it just feels like a way to cheat inexperienced content creators.

On top of that, I've found at least 2 tracks which have been mis-credited or entirely misnamed on Audioblocks, after I got a license for Artlist and heard the same songs there. The track We Are Millenials was created by Rex Banner as a copyright-free track, but listed under a "Sean Fischer" on Audioblocks. And this is just one track. I don't see a reason for completely renaming a track to something else unless it's to purposefully hide it from the IP owners so they don't have to be paid. That, or it's just ineptitude. You deal in intellectual property and cannot get names correct.

But that's just a guess. I may be wrong entirely, but don't blame me for being biased as I'm fed-up with Audioblocks issues and the fact that I paid for a useless subscription and now have a string of videos that were demonetized as a result.

There also seems to be an issue with Youtube Studio online editing system currently as I haven't been able or allowed to remove or replace audio in the last 3 videos I got a copyright claim on, so I'm not able to rectify those yet.

Save yourself some pain and go with Epidemic or Artlist. Besides a straightforward, all-bases-covered license, they just have much better quality music all-round. I wish I'd taken the time to look for a few unbiased reviews online instead of just thinking I was saving money using Audioblocks since I already had a Storyblocks license.

The hassle is just not worth it.
Posted by Candice Chen at 9:13 PM