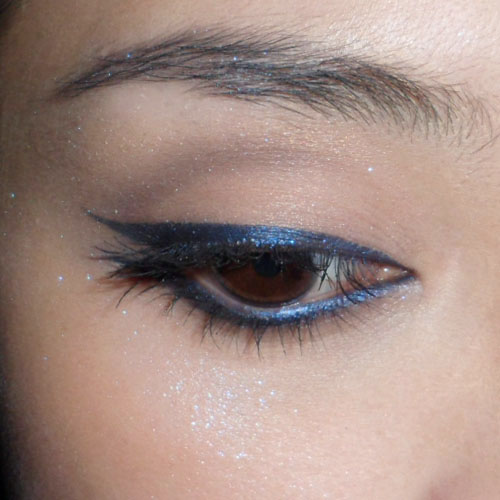 Double-winged liner simply refers to a look where the top and bottom lines split apart at the outer corners instead of coming together, following the eye shape. It's not hard to do if you've learned how to do a wing.
In most cases, I don't recommend pairing double-wings with a full-on eye shadow look as it detracts from the  lines, and can look like a bit too much. Below, I'm keeping the lids very clean and subtle as I wanted to use a metallic blue instead of the usual black liner. Feel free to use whatever colors you like.
Step 1: Apply a soft taupe brown to outer V of your sockets for definition, and then a matte beige to the rest of the lids, gently smoking out the deeper brown at the socket line so it's subtle. I am using just matte shades. 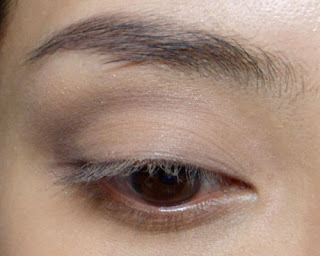 Step 2: With a metallic navy gel liner (you can use any other metallic gel liner), draw the upper liner from inside outwards about 3/4 of the way, and then draw the flick from outside in, after deciding where it's going to end. (If in doubt, don't go too far up and out. It's easier to extend it out further than to try and clean it off.) The outer halves of the liner should be thick, so pull your brush almost straight inwards from the end of the flick. 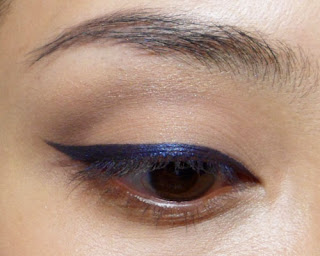 Step 3: Repeat on the lower lash line. The only difference is that the line sits on the waterline, does not go out as far as the upper line, and the flick goes straight out rather than pointing up or down.  (Drawing on the lashes themselves or below them can result in a smudgy, imprecise line as your lashes get in the way.)
If there are any mistakes (and I sometimes get a lot), just get a Q-tip and drag it below the liner to clean up. 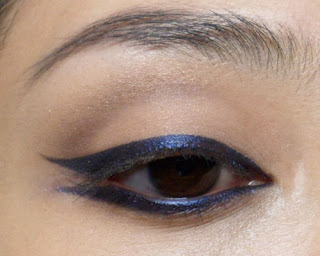 Step 4: Curl lashes and apply mascara. You may need to go over the liner again in case the curler rubbed off any of it. The line should be very opaque and intense. 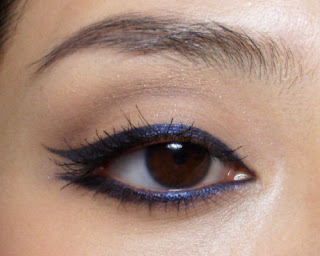 Step 5: After applying a soft pink blush, I applied a translucent pale blue shimmer (try MAC Reflects Transparent pigments or glitters) onto brow bones and cheekbones, for an opalescent glow. 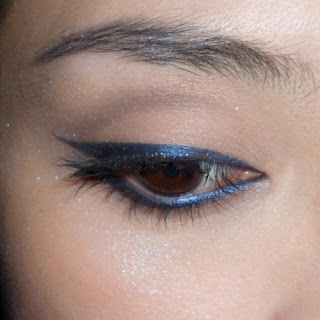 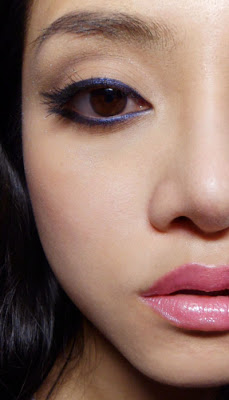