My first memory of it was the ad campaign which showed a magical fairy-like woman in a sheer lavender gown, legs and arms sparkling in the twilight as she languishes in an enchanted forest.

That was the age of Cool Water Woman and Dolce & Gabbana Light Blue. To my untrained nose at the time, the mish-mash of dark syrupy-sweet herbal licorice (something I never developed a taste for and which still appalls me today) and medicinal cherry liquour that is Lolita Lempicka was off-putting.

Around 2003 I really started getting into fragrances for the first time, and was seduced by the sweetly toxic Dior Hypnotic Poison, which was my induction into the world of gourmands. After I discovered Angel, Lolita Lempicka (ironically created by Annick Menardo, the same parfumeur who created Hypnotic Poison) would repeatedly come up on the beauty boards as its more modern, avant garde successor. It was only a matter of time before I sought it out in a perfume store.

I bought it, wore it several times and gave it a good go, but finally decided I hated it; couldn't stand the cherry syrup note and the black licorice, so I tucked it away in a dark cupboard. It smells beautiful when you catch a whiff of it from a distance; the powdery violet and iris, mixed with the tonka, patchouli and praline smells like a gorgeous confection with icing sugar dusted over it. But on hot days or if I smelt it close up, it was too sweet and rich in a heavy and medicinal way to me.

Then early last year, when I was packing up to move to a new apartment, I finally rediscovered my old bottle hidden away. And it looks and smells as good as it did.

Oddly enough, I like it now.
And I liked it enough that I placed an order for the l'Eau de Minuit edition, which I actually prefer since it doesn't contain the cherry note, is softer on the licorice and sugary praline, and more fuzzy and grown-up with lots of myrrh and benzoin to accompany the dark vanilla.

Funny how tastes change. I still only wear it on occasion. Licorice is not a note that sits easy with me because I didn't grow up eating it here in Asia, and frankly it's a taste that I have not acquired. It's just a very odd and medicinal/herbal spicy-bitter smell to me. In scents where it's very faint, like Serge Luten's Jeux de Peau, I love it. 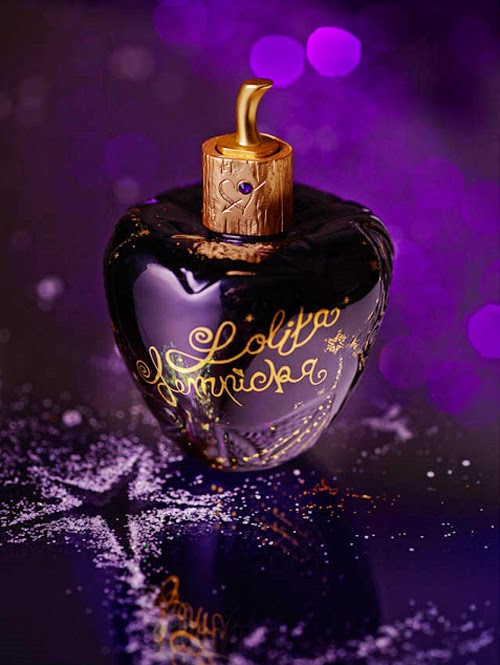 But where it's quite dominant, like in Lolita Lempicka, I spritz very sparingly, sniff from a distance, and reserve it only for cooler temperatures.