When someone saw a picture of St Paul de Vence I posted on Instagram, she missed the details in the caption and asked if it was Orgasm and Laguna.

This is actually from the limited edition Spring 2015 makeup collection, and it does have some similarities to the blush and bronzer duo because of the tawny coral-tan tones. But it's a lot softer and more wearable on the eyes of course. 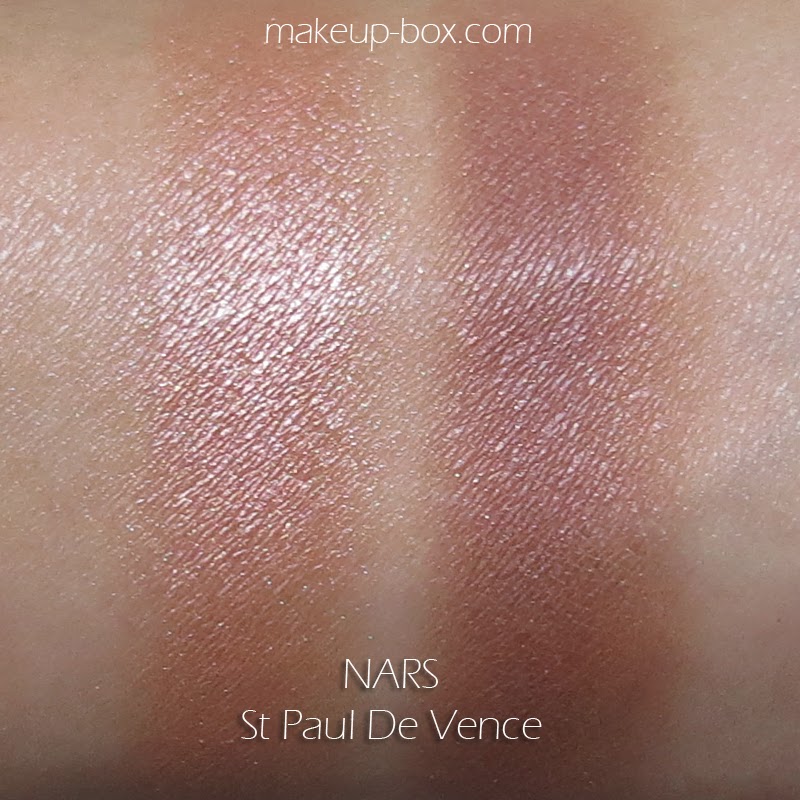 I personally think it's a very nice warm duo, and while I wouldn't necessarily wear both shades together (one is iridescent and the other is satin, but the colors are close enough that on the eyes, the difference is not obvious), they're great for pairing with darker neutrals.

Just for the same of a demo, I wore both on the lids of course. The satin brown on the outer halves of the lids and in the socket line, and the iridescent coral-tan shade on the inner halves of lids. 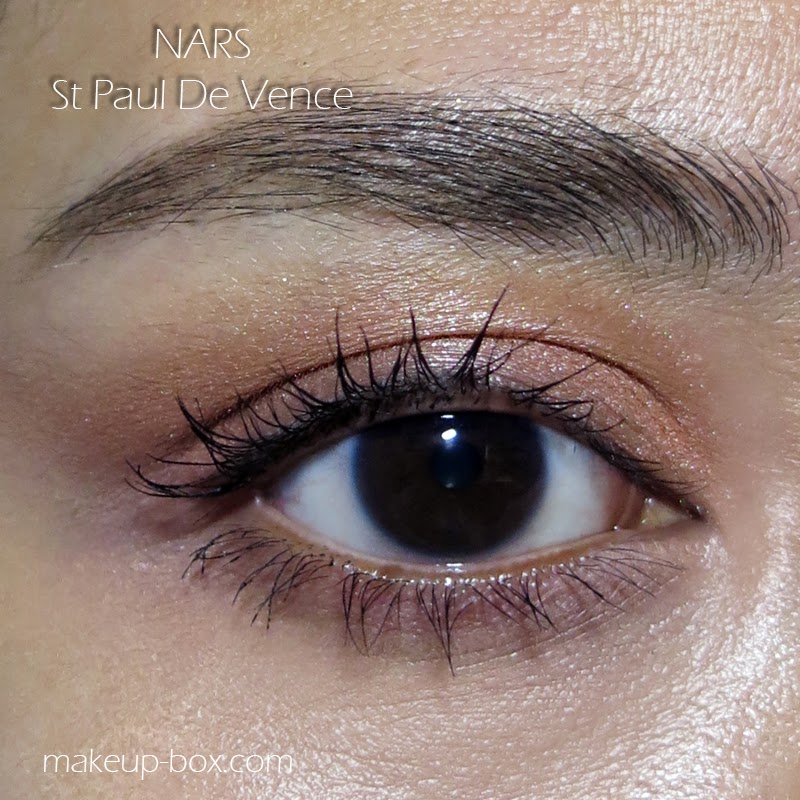 For a soft warm everyday look, you can get away with wearing both shades together. I also imagine this will bring out the color in grey, blue, and green eyes.

The collection also features a lipstick and 2 glosses (of which I have 1 to show you here).

Now these 2 I don't especially love, because they're not too easy to pull off.

Liguria lipstick - If you have extremely pale or tanned/darker skin and want a nice caramel beige color, Liguria is actually quite pretty and creamy-feeling. It's a caramel with a soft gold pearl. On my medium-light yellow-based skin, it just kinda fades in.

Vent Salé lipgloss on the other hand, is tricky. This is a thick pearlescent white gloss that reflects pale mint-green in the light. On its own it does sink into every line on your lip surface. And over other colors, you kinda have to consider what would work well with a green sheen. 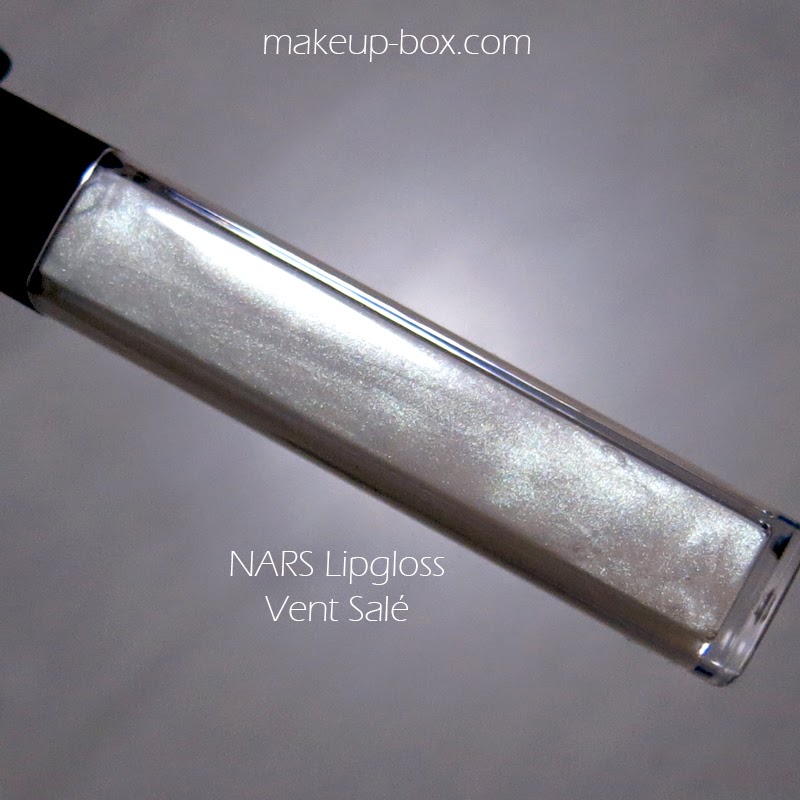 I like an interesting color any day but it does have to be flattering, and while I can see this as a dramatic lip-color transformer, I really can't see this looking that fantastic on most people.

The item that will probably get lots of people excited is the new Illuminating Multiple, St Lucia, which is the first new color they've brought out in awhile. 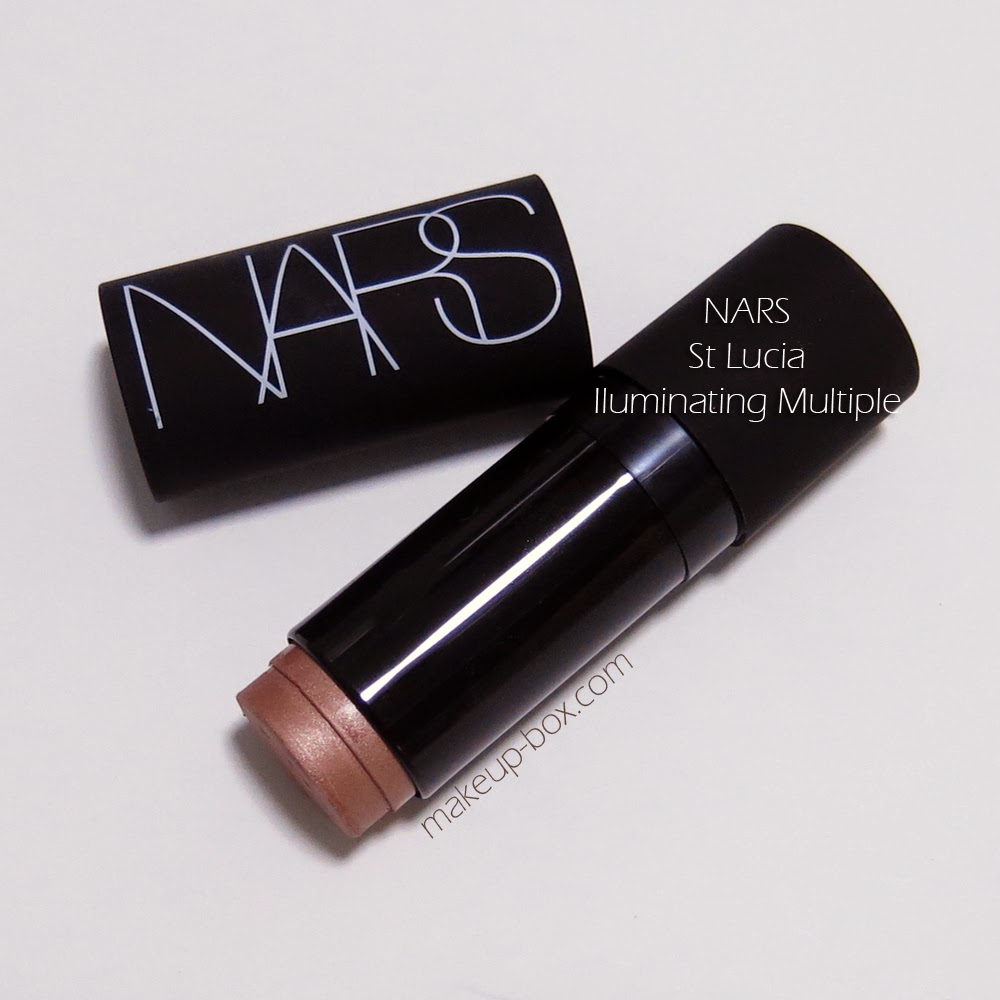 Unlike the previous iridescent Multiples, St Lucia has a much finer glow and a texture that sets to a dry finish. Many of the older Multiples are obviously shimmery/glittery on the skin, and also have a greasier cream-blush formula which isn't always great for oily skins.

The best thing though - is the color. Most of the NARS Multiples are very warm and yellow-based, which on yellow-toned skins can look a bit too much. St Lucia is a tawny pink-bronze which sits nicely on most undertones.

It's not as pale as Copacabana, so it can't really act as a highlighter for lighter skins, and it's not deep enough to be a bronzer or blush, but it's really pretty all along the upper portions of the cheeks and cheekbones as a subtle blush/bronze sheen if you're wearing bronzer.

On deeper skins, it's a gorgeous highlighter. 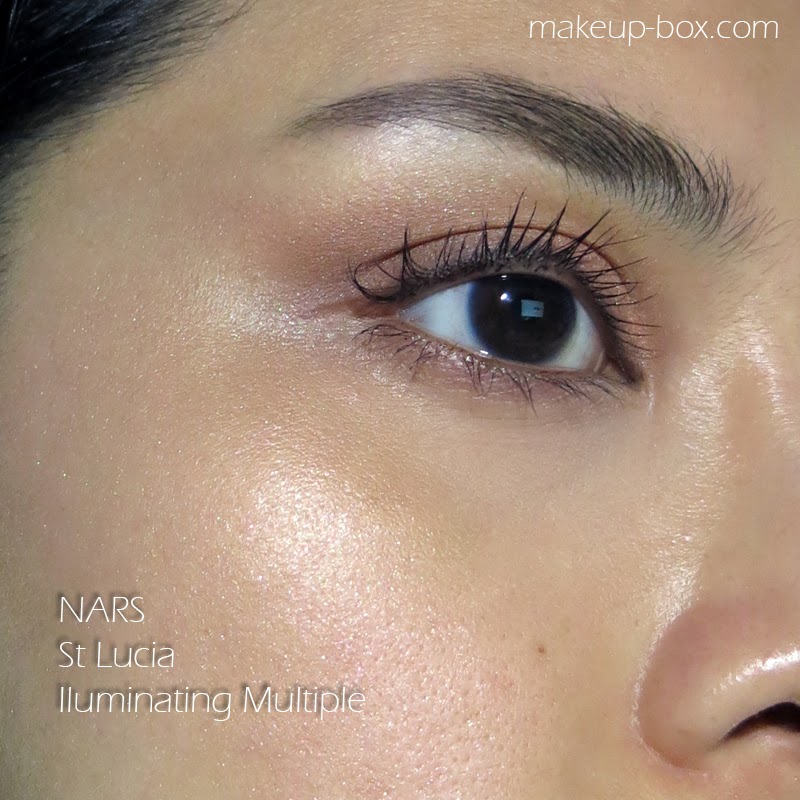