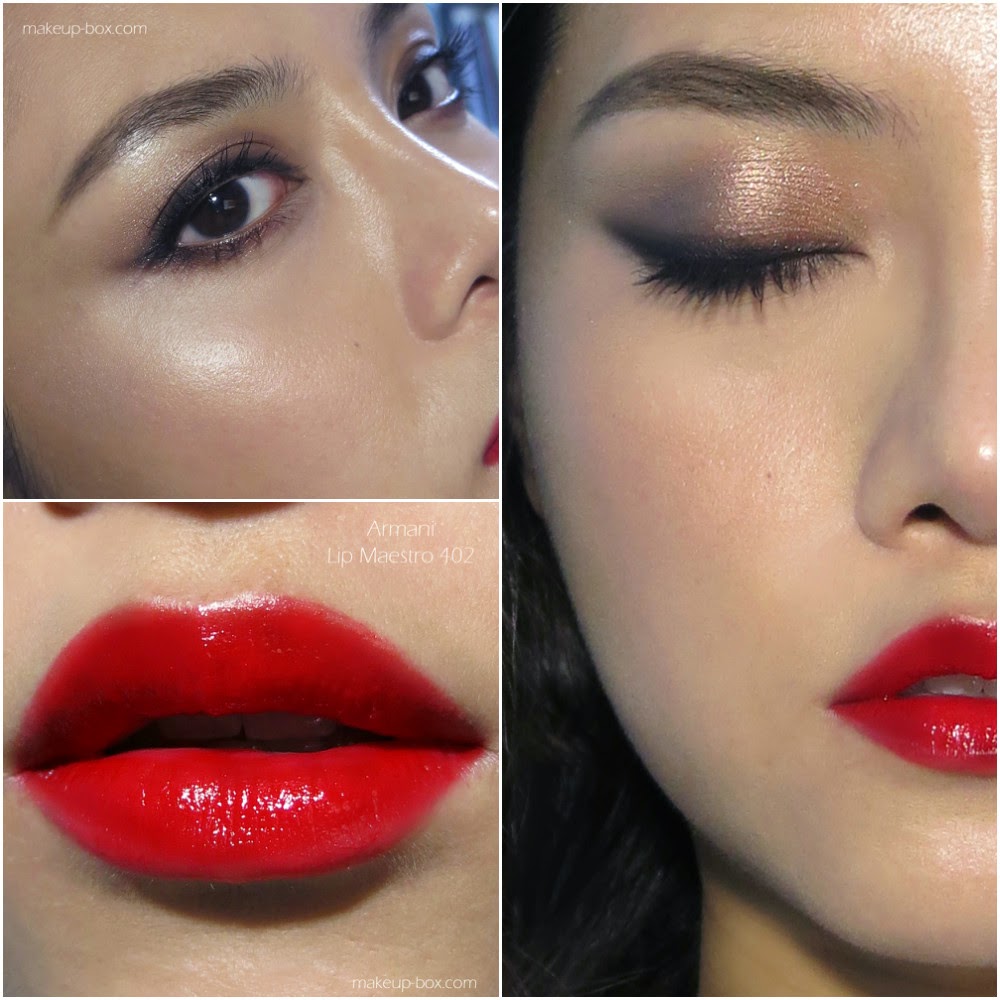 Haven't put a tutorial on here in awhile, so here's a very quick breakdown of a go-to "dressed up" look that I often do when I'm going out. It's not all hard edges and precise dramatic lines though. In fact, it's kept deliberately soft around the edges, so that you can wear a stronger lip with a stronger eye, if you choose.

To give you options, I broke the look down into 2 parts. The eye, and the lip. You can wear them separately or together like I did.


Firstly, a note about products. You absolutely do NOT have to use the exact same things I did. Most of us have black and brown liners, and many of us have a dark brown and a medium brown shadow. Just dig around and look for what you already own. Or if you absolutely LOVE one of the particular shades here, then go for it.

This eye look is so straightforward. There is no precision required because everything is hazy and smudged out. That's why I do it so often. It takes only a few minutes.

Now on to lips! I only discovered Lip Maestros from Armani in December last year. Very slow and late of me I know. But I fell for them in a BIG way. These things are incredible. Of all the lip creams that were launched last year, this is probably my favorite texture. They aren't as gel-like and glossy as Dior's, not as sheer as YSL's, and aren't as intense as Shu's (although these 2 brands have the closest textures).

To me, it's like Baby Bear's bed to Goldilocks. Just right.

I have a rather specific way of applying these.
Obviously I don't want them to bleed and smear quickly so I don't just wear them straight from the tube without liner.
BUT, I also don't want to ruin that semi-glossy texture or change the consistency and opacity by wearing a layer of liner all over my lips.

So this is what I do.


What I end up doing is create a border that is mid-way between red and nude. It melds with the red so it doesn't look like an obvious line, and at the same time, it also protects the lipstick from bleeding quickly, AND it works as a border and helps bright colors from looking too hard and harsh against the skin.

The lip is neat, but it's not overly defined. You will never see a dark lip line when your lip color wears off after a drink or a  meal. And it's never harsh-looking or like "stick on" lips.