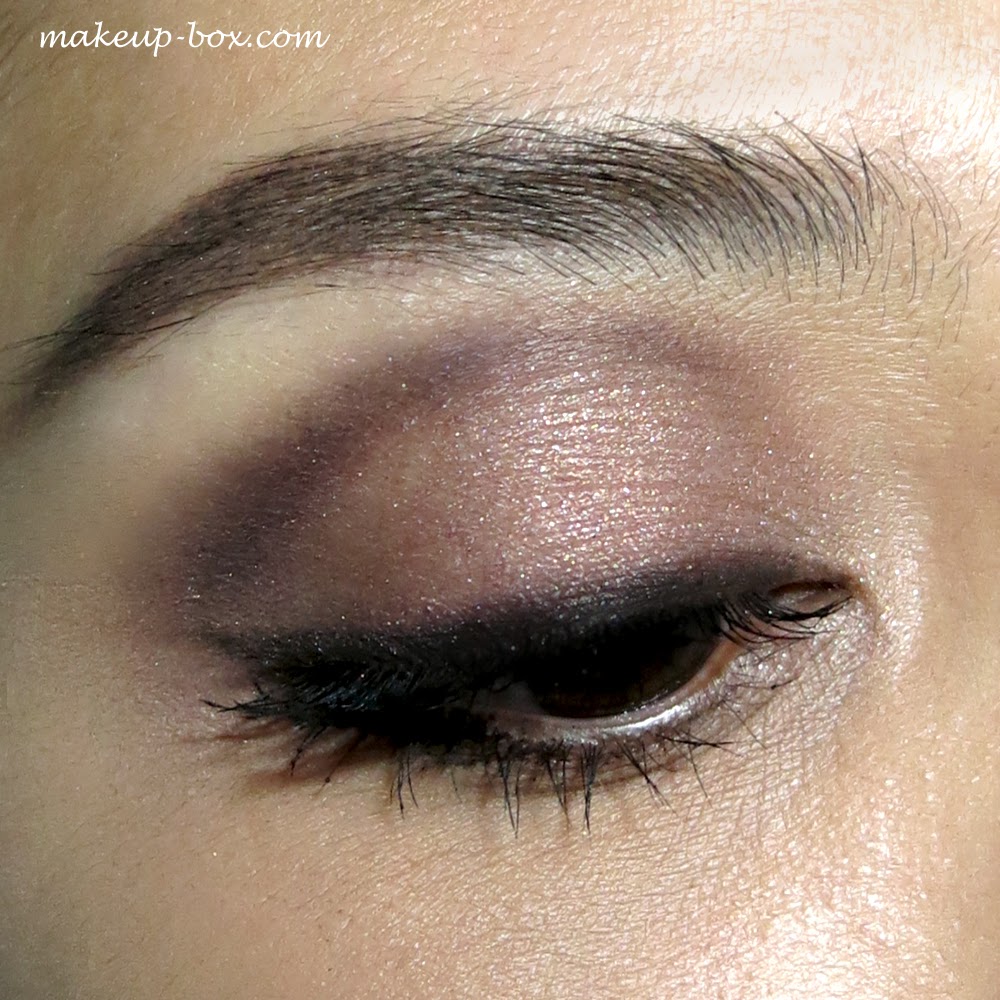 I was fooling around with some of the items from the Julia Petit collection, and decided to do a look with one of the eye duos.The 2 colors in Sagu are Druzy (Luster) and Black Plum (Matte).I'm not usually a fan of Luster shadows; in fact with the exception of Tempting, I think they're incredibly troublesome to work with. So I wasn't entirely sure if I would like any of the eye duos in this collection, or where this look would end up.But it didn’t turn out so bad even though Druzy is so sheer and subtle that it just gives you a barely-there wash of gossamer sparkle that is "your lids but better". Black Plum is exactly as you would imagine. It's not the most pigmented matte shade MAC has, but it works pretty well as a definer shade in the socket line and along the lashes.

The other 2 duos in the collection are - kinda “same same” actually. Very monochrome and sepia themed. Not extremely exciting in terms of color options, but good for vampy looks if you prefer a more femme fatale sort of color scheme.
Are these a must?
Probably not. You can do just as well (or better) ordering 2 shades from the permanent line. MAC has better matte browns and more pigmented shimmery taupes. But if you want JUST this effect you see in the look above, then it's not bad of course.