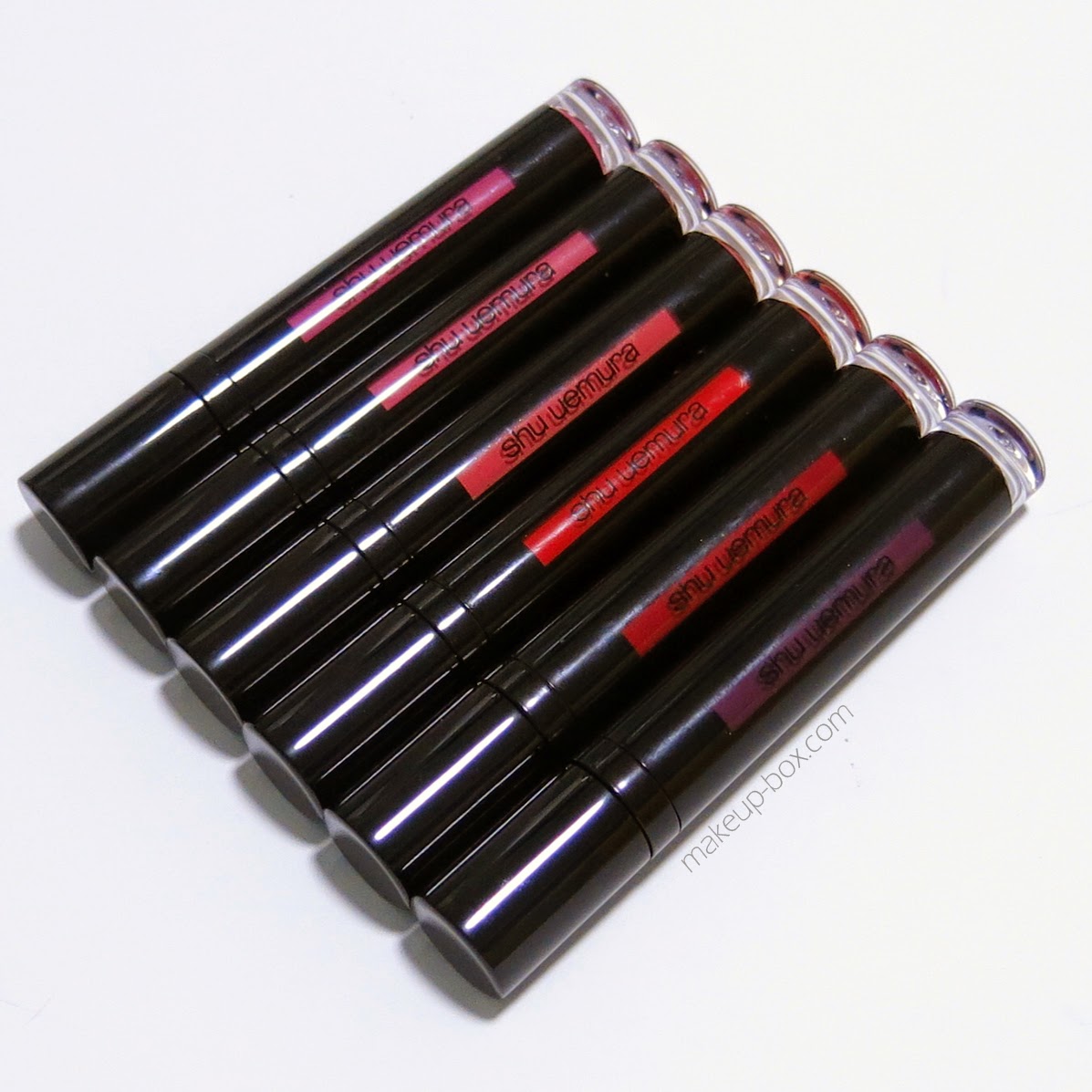 Shu Uemura launched their own versions of the glossy gel stains quite late, considering sister-brand YSL launched it several years ago, and various our other brands - including the budget ones - followed in the last few years.

But for fans of these stay-put jelly-tints, it's better late than never!

The question is how these compare to the previous versions of jelly tints on the market.

Well after a few days of try, I'll say some things are similar.

The volatile oil formula allows the product to go on very juicy and liquid, then slowly set into a shiny gel-like layer on the lips, which is not budge-proof but still semi-resistant to transfers. If you've never tried these gel tints before, you'll be happy to know the best benefit is you get the lasting power of lipsticks but the translucent glossiness and effect of glosses. 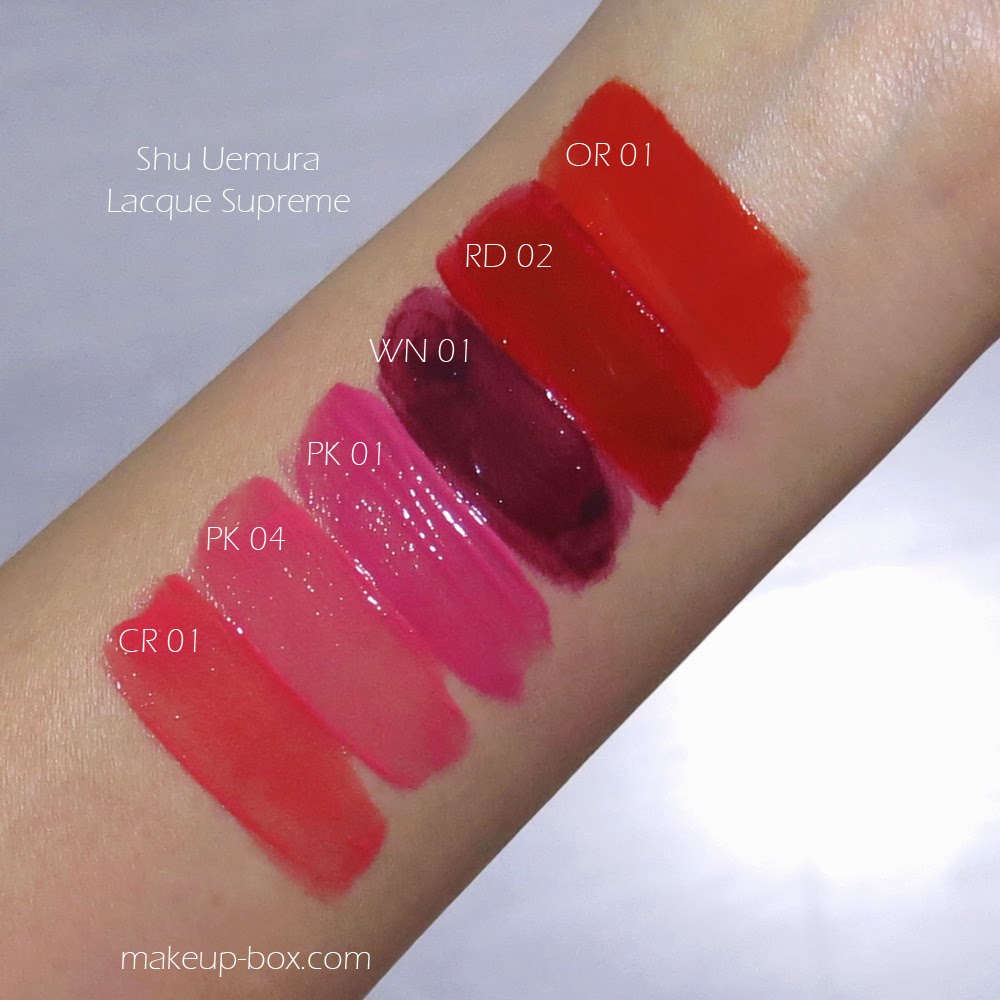 I don't have the whole set of shades to show you but these were just 6 that I personally picked out of an image line-up to review for you.

I do still stick to my original theory that most of these jelly tints look best from a medium to strong shade range. They don't look that good when they're too pale pale (they can settle and sit in lines) or when they extremely dark (they can look patchy and uneven). That's especially true for the Shu Uemura formula because it sets slightly faster than most other gel tints I've tried.

The key thing is to remember with Laque Supreme is you're working with a texture that will set quickly from liquid to semi-solid, like jelly. And once that happens, applying more on top of the first layer will not dissolve the layer below. Then it literally looks like you get a few different layers super-imposed on top of one another. This is the one thing that makes this formula a bit harder to work with than something like YSL Glossy Stain, which takes much longer to set and can be blended and smoothed out while you're building up color.

The good thing is this formula is very pigmented and goes on and stays intensely glossy. A lot of the thinner, cheaper lines have gel tints that look almost like traditional lip stains (all color, no gloss). I wouldn't say it's quite as glossy and pigmented as Dior's Fluidsticks, but it's somewhere between the Diors and YSLs in texture.


Have you tried these and what's your opinion on them?
Posted by CandiceC at 1:37 PM