Majolica Majorca Humming Book I (Swatches, Review, 2 Easy Looks and how to dupe the product!) I think Majolica Majorca has fabulously silky and pigmented eyeshadows. But I'm not a fan of palettes where there are a mixture of cream and powder products. Creams have different shelf lives from powders and the lip cream is most likely going to go bad before the other stuff. Also, when powder gets into cream and vice versa, everything gets ruined.

BUT, when I saw this charming little "song book" in their latest limited edition collection and tested the 3 shadows (1 cream base and 2 shadows) alone and over one another, I concluded it was so brilliant I had to pick one up. Concept:
The collection is centered around a dreamy, lyrical flower garden, and the combination of shades gives you exactly that sort of look. Now you CAN possibly use each of the colors alone, but I personally wouldn't do that.
Alone, the 2 pale shadows can look a little washed out and not flattering if you don't have a very defined and deep socket. The cream base on its own, does not set and will shift, smear, and crease. The genius is in the combination when the pale duochrome shadows hit that dark blackened plum. You get the most beautiful soft-focus pearl finish.
The petal-pink lip gloss I couldn't care less about. It looks nice in the pan but applies streaky, lacks pigmentation, isn't flattering on its own, and all in all, you're better off getting Revlon Lip Butter in Strawberry Shortcake.

Dupes:
Now, not everyone can get hold of MM products, and if it's not an option for you, then there are some other products you can look into. 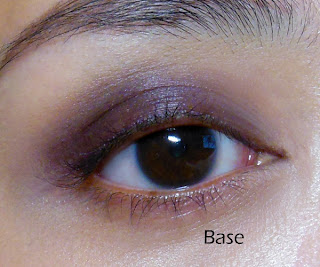 Step 1: Apply the base to the outer 1/3 of the lids so most of the darkest color is concentrated there. Then gently blend and fade inwards, leaving just the inner corners of the eye bare. 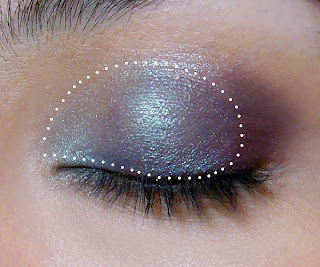 Step 2: Simply apply one of the shadows (either pink or green) from the inner corner outwards, overlapping the plum, but leaving just the outer V alone. Step 1: Apply the base as before, but this time, also run a little along the outer 1/3 of the lower lash line because you will be applying shadow there later. 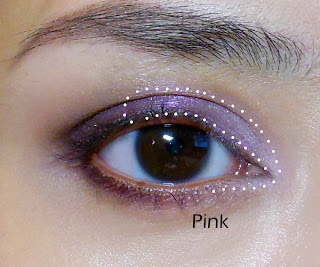 Step 2: First pick up the pink shadow and apply from inner corner, fading the color outwards, and ending about 2/3 of the way out. Leave a little more space at the outer 1/3 of the lid for the green later.
-- 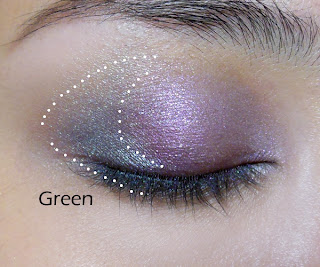 Step 3: Color in the outer V using the green shadow, and bring the color down along the lower lash line at the outer 1/3 as well. Step 4: Finish with lashings upon lashings of black mascara to create a doll-eyed look that works wonderfully with these soft fantasy shades.